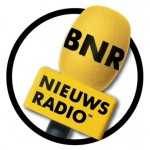 The experts in the studio were asked to react on my statements.

The first topic was why offshore outsourcing: what are the reasons companies would outsource work offshore. My statement was that ‘best’ reason to offshore is ‘value creation by attracting talented people’. If the focus is on creating extra value for customers (through faster time to market, higher quality, more innovation, etc), the success of offshoring is seen from another perspective than with a focus on cost savings. As with almost any project in the world, it always takes longer and costs more than you expected. This causes people to conclude that the project was unsuccessful, while the result (the value) might actually be very positive. The second reason is cost savings.

Vikram Kapoor, owner of isense, said that the focus should be on ‘added value by involving talent’. A few years back the main reason for offshoring was ‘capacity’, during the recession it move more to ‘cost savings’. But if you go offshore with costs as primary motive, you will get disappointed. You spend extra time on management and travelling.

Paul Tjia, owner of gpi consultancy, says that the current focus he sees in the market is cost savings. Freelancers in the Dutch market cost 50-100 Euros an hour. Offshore you can find people from 15 Euros an hour, so this gives substantial cost savings.
Hugo Leijtens, owner of Nexocial, who set up his own office in China, says that his single motive was attracting talent. He considered Silicon Valley too, but there is no talent available, because everybody works for Google and Facebook. In China there is abundant talent. Vikram said the same about India. In both countries, every year, around 200.000 people enter the labor market with a technology degree.

Second topic was what work we can do offshore. Vikram indicates that customers move more of the ‘thinking work’ to India nowadays. Previously, the focus was on delivering manpower, coders who would produce software programming. Now the focus is also on the question behind the question, on the ‘why’ of the software. Paul says that companies move everything offshore, from bookkeeping, to data entry and games, it becomes wider.

Third topic was how to manage people offshore and what can go wrong. My statement was that you need to invest time in building personal relationships with people in order to overcome culture and communication issues. It is said that Indians cannot easily say ‘no’. I believe that if you spend time with people in India, after some time you will easily recognizes when somebody means ‘no’ or when somebody doesn’t understand you.

Vikram says that it is a misconception that Indian people never say no. Especially people in Bangalore, who are exposed to Western people for some time, are able to say no and become more critical, adding suggestions and ‘thinking’ to the process. If you are new to working with offshore people, indeed, it’s good to invest time in getting to know the people and the culture.

Hugo Leijtens says that people in China indeed only say ‘yes’. To bridge this, Nexocial stimulates saying ‘no’, ‘thinking ahead’, asking ‘why’ and explaining what you mean.

The question to Paul was ‘what do we do wrong when offshoring?’Paul says that we already do many things wrong in software development locally. On top of that, you add cultural differences, time and distance. Many people underestimate that. People think ‘they are skilled/schooled programmers, so everything will be ok’. But you need to invest time in the relations, in bridging the differences, in cultural training. If you acknowledge the differences and risks and give attention to them, you can bridge them.

Dear Readers, What do you feel?

1. What are the reasons companies would outsource work offshore?

2. What work we can do offshore?

3. How to manage people offshore and what can go wrong?