The future of offshoring: global staffing 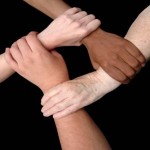 The past years, offshoring and nearshoring have become widespread among Western companies. Driven by the lack of skilled (IT) people in Western Europe, the high wages for IT people and the greying population, this industry is predicted to grow substantially bigger than it already is. And the face of the industry will change.

Offshoring started with some big multinationals that moved work to companies in India. Suppliers from India all focused on delivering ‘hands’ to Western companies. The past years, offshore suppliers have moved up the value chain and moved into value added services, such as consulting and end-to-end IT services. The expectation is that this trend will continue. A few months ago I spoke to somebody from Deloitte, who told me that they are hiring thousands of people in India, all to support the growing demand for Indian labor. The Indian office of Deloitte delivers services to European and US clients, ranging from developing reports, IT services to even consultancy (for which Indian consultants fly to the west for certain projects).

Most offshoring arrangements are based on outsourcing a project or a process. A buyer from Europe describes a project or process and outsources this to an offshore vendor who executes it. I believe that this way of working is the main reason why offshoring is often difficult and causes problems. The starting point for those problems lies in the black box approach of outsourcing: the outsourcer describes something in a document, sends that document into a black box (the vendor) and expects to get it back for a certain budget, within the agreed timeframe and according to expectations. The buyer has no influence in what happens in the black box.

One of the keys to success in offshoring is ‘relationships’: a human bond that grows (over time) between two or more people. In the black box approach this is very hard as people usually manage a contract or an SLA, not a relationship. The outsourcer usually has no influence on the people involved nor on what those people do and how they work. This is a limitation of the traditional outsourcing model. Depending on the requirements, the outsourcing model can work, but there is an alternative approach that produces different results.

Global staffing
Instead of using the black box approach, the outsourcer focuses on getting the right people. Offshoring is then not about sending some process or project to India, but about attracting, hiring and retaining smart and talented people that can help your company grow. About involving the best people available in the value you are trying to create. Those people can work remotely from another country and are managed directly from the buyers’ office (which avoids all overhead and communication/management layers in between). I believe that this model will grow in popularity and in a few years we will not talk about outsourcing or offshoring, but about ‘global staffing’.

Organization is about people doing something that adds value to the life of other people. The smarter the people that add value, the better the company will serve the life of others. Organizations always strive to engage the smartest and most talented people. The chances of finding these people increase when the labor pool increases, which is the main aim of global staffing. And when you find the right people and put them in the right position, the key to success is relationships. The relationships improve when the offshore team is seen as an integral part of the organization and people absorb the culture and values of the company. The offshore team can then get the same treatment as a local colleague, who needs coaching, trust and support to achieve his maximum potential.

One thought on “The future of offshoring: global staffing”