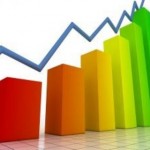 Once considered a controversial topic, outsourcing is now embraced, not just by technology organizations but with information technology (IT) departments of companies in various industries.  I can confidently say that the volume of technology offshore outsourcing – where small and large organizations in economically developed nations send work to companies in developing countries – has risen since this approach became common during the mid 90’s economic boom. During that period, the standard of the practice remained pretty much the same.

Like I said to a roomful of top business execs in NYC, “things are changing….big time”.

Outsourcing is not just meant to help small and medium-sized businesses grow; large organizations can also take great advantage of outsourcing. Now that outsourcing is a strong part of the business world, more and more companies are beginning to outsource smaller projects.

In the early 80’s, technology related outsourcing started and developed quickly in the mid 90’s. The strong force that drove this development is the growing tech economy, with the increased pressure on information technology departments to achieve more with their resources, the growing complication of effectively managing IT and being able to keep up with rapid developing technologies and the trouble of finding skilled IT staff.

Since then, organizations have outsourced just more than IT.  For instance, companies have used outsourcing as a tool to make their customer service. Productions and other work processes inexpensive and efficient by sending them to companies that have the much needed expertise and can also perform these tasks at a more affordable price. These tasks include database administration, help desk, network management etc.

There are outsourcing service providers in both developing and advanced nations. The former are able to offer affordable costs because the employees there receive lower (but very fair) wages.

It is no secret that technology has also helped transform the perception of outsourcing. For instance, internet based improvements and improvements in telecommunications like IM (instant messaging), videoconferencing and internet telephony has made communication a lot faster and easily available for outsourcing service providers and their customers/clients.

There is no doubt that outsourcing has come to stay….forever!

Daven Michaels is an award-winning outsourcer and author of the book, ‘Outsource This!’ Daven has been honored more than any other individual or outsourcing organization. You can get more information on outsourcing by visiting http://www.123Employee.com

View all posts by Daven Michaels →
×