Nearshoring or offshoring: which works better? 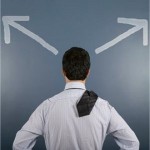 A question that I often hear is whether offshoring is better than nearshoring or vice versa. First, let’s get straight on the difference. Nearshoring is when you move work to a country that is nearby your own country. Wikipedia speaks about a country bordering yours, but in Europe, we often mean Eastern Europe. Offshoring is moving work to another country in general. More specifically, most people mean moving work to a country in Asia, farther away. Some people talk about farshoring, rightshoring, bestshoring, nearsourcing, etc, but I will use the definitions above.

As my company has offices in both Eastern Europe and India, people always ask me what the differences are.

What most people perceive is that nearshoring is easier, because the time difference between Western and Eastern Europe is only 1 hour, you can travel there in 2-3 hours and the cultural similarities are bigger. Let’s look at each of those factors.

There is only one hour time difference between Western and Eastern Europe. The difference between India and Germany is 3.5 hours in summer and 4.5 hours in winter. You have more overlap in working hours with nearshoring, which works better in most cases. In some cases, it might be good to have people in India finish certain work for you while you are still sleeping, to find it finished once you arrive at office. To make offshoring work out well, communication is crucial, so overlap means ‘more time to communicate’. At the same time, it’s easy to get a discipline of daily meetings on fixed times in which you discuss things that matter.

If you plan to travel frequently to your offshore destination, it might be preferable to choose Eastern Europe. You do not need visa for most countries and the flight typically takes 2 hours. Travelling to India takes more time. For sun seekers, it might be an argument to choose India to attach a small vacation to the trip?

This is the most untouchable topic of all. People vary greatly in their perception of the cultural differences. For me personally: I have spent almost 2 years living in India and I work with people from India as easy as with people from Eastern Europe. For most people, the impression is that people closer are more ‘alike’. At the same time, when a Dutch does business with a German, there are already vast differences. One could also argue that communism had a big impact on the mindset of Eastern Europeans, which increases the differences between East and West. The key is to become aware of the differences, to spend time with the people so you understand the subtle differences. I had a short interview with Chris Smit a few weeks back, which might give some interesting clues.

Almost all people in India that have done an education and work in the IT or BPO sector speak English, with an Indian accent. I can personally understand anybody from India and typically, it takes some days/weeks for somebody new to the Indian accent to understand it fully. For most Indians, English is their second language, so they know the language. For people in Eastern Europe, it’s not so common. Most have learned English at school and had little practice. Writing is often better than speaking.

This is one of the factors that should have a big impact on the decision on location. It’s crucial to get the right people and the bigger your choice, the higher the likelihood of attracting the best talent. India has about 200,000 IT graduates per year. In 2025, the Indian government plans to have 30% of its youth with a university degree (it is 12% today). In Eastern Europe, there are also large numbers of IT graduates, but the numbers per country are smaller than India. For certain work, it will be easier to find skilled people in Eastern Europe, for others in India. I always advice to make the choice dependent on the specific skills that you are looking for, while taking into consideration the skills and the number of people that you envision for the next 5-10 years.

Last but not least: costs. In India and Eastern Europe, 2 factors have a big influence on the salary levels: which city do I choose and what type of people do I need. The bigger cities are usually more expensive than the smaller ones. People in Bangalore ask higher salaries than people in Cochin. People in Kiev earn more than people in Odessa. The Eastern European countries that are part of the EU are more expensive than the ones outside the EU. The salary level for general people is lower in India than in Eastern Europe. If you are in search of a niche specialist, it might be the other way around.

I realize that I have not given an answer to the question this article addresses. This is because I believe there is no answer to it. It depends on the specific needs that you have. If there is one general thing that I would advice as a guiding principle: it’s about getting the right people. In which country, in which city, where am I most likely to get the right people at the right cost? If you get smart, talented, driven people, the rest is not important, because you will be able to organize around it.

View all posts by Hugo Messer →
×